We had a great Halloween weekend. We visited the Stringtown Nightmare Express, Braxton had a fun kindergarten Halloween Party, we carved our pumpkin, and had a great Halloween evening with family. Bailey was a good sport with her costumes. She had two different ones, so luckily we were able to use both of them, she was a cute chick and a ladybug and Braxton was the "Special" White Power Ranger.


Stringtown Nightmare Express
This was the first time going and we loved it and thought it was a great idea. The kids had so much fun. Bailey sported her cute chick costume, because she is one cute baby chick. 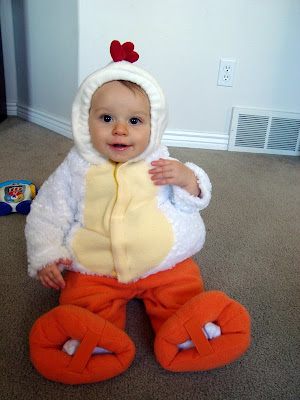 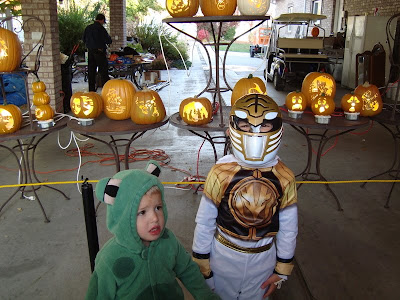 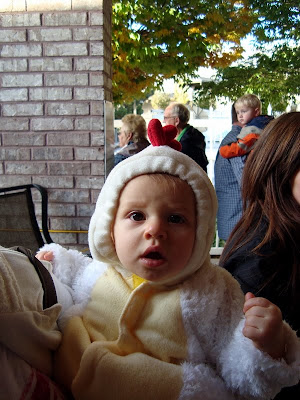 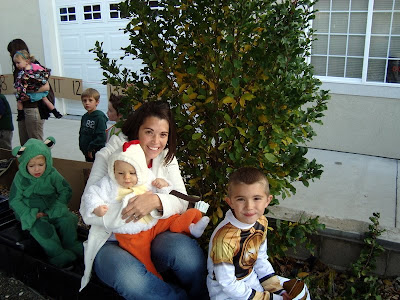 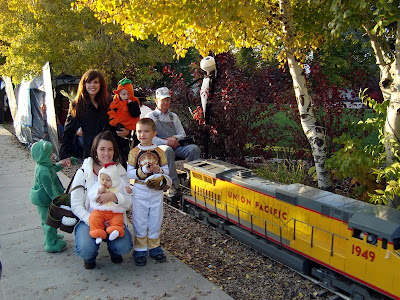 Kindergarten Halloween Party
It was fun to see all the kindergarteners in their costumes. I am one of the room mothers, so I will be seeing a lot more kindergarten parties. 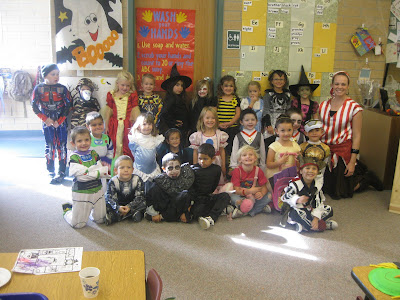 Pumpkin Carving
The Losee family came over to help us carve pumpkins, and we had some pretty scary jack-o-laterns. 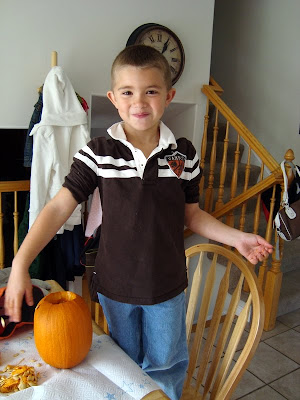 Braxton actually got his hands in the pumpkin and took the seeds and slimy out this year. 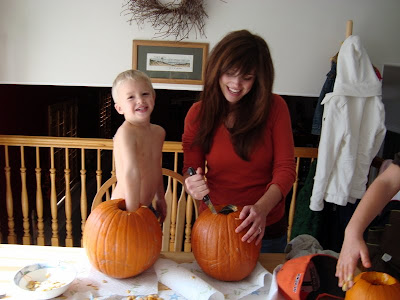 Gavin was all about taking the seeds and slime out. 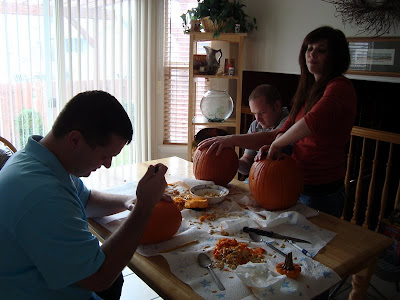 All the adults carving the faces. 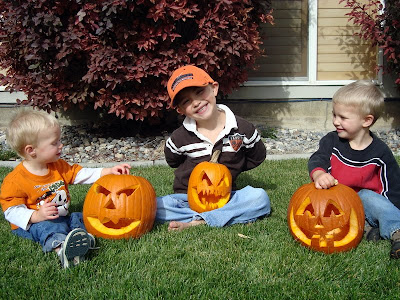 The kids with their pumpkins. 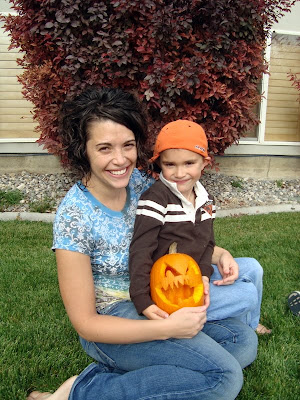 Me and one of my pumpkins, the other was asleep. 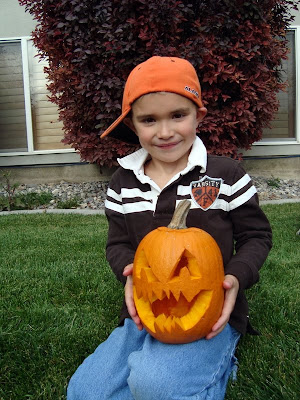 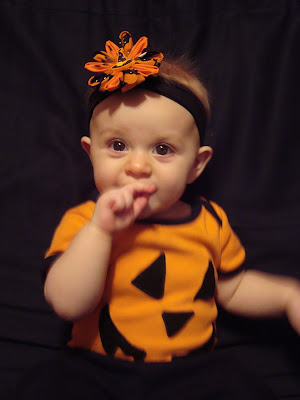 There's our other pumpkin sporting her jack-o-latern shirt and cute halloween bow, Camille's mom made.


Halloween Night
We stopped off at my parents house to show their costumes. Braxton our Power Ranger and Bailey our ladybug. She is at the stage where she moves so much it's hard to get a good picture. Then we headed to the Bullock home for some good food and Braxton took off with the cousins to go trick or treating. 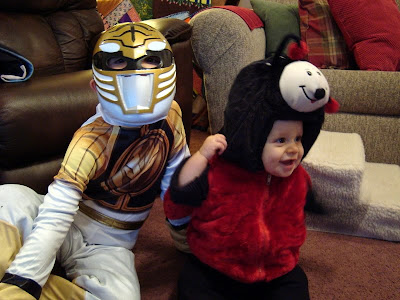 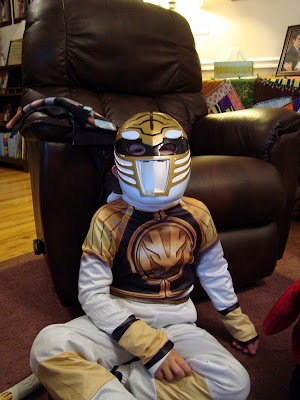 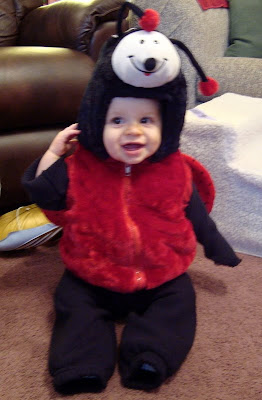 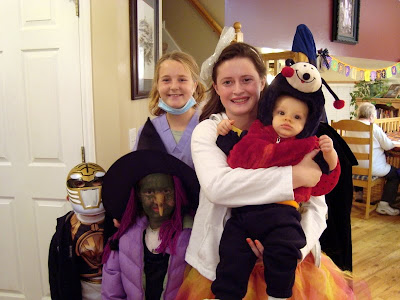