The Olympics was so exciting to watch. I love watching the Summer Olympics! Especially because I was able to see many of the sports that aren't televised much on television. I posted some of my favorite moments from the 2008 Beijing Olympics. Maybe they are some of yours as well. 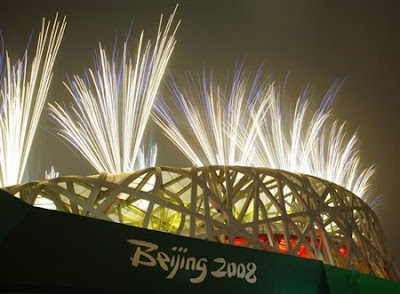 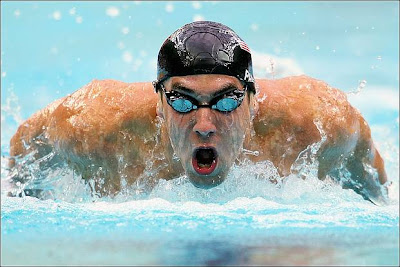 Micheal Phelps was by far the greatest to watch in these Olympics. He is unbelievable, 8 gold medals. 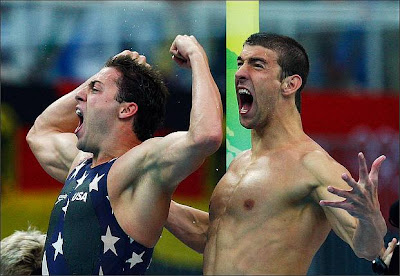 I could not believe this relay! 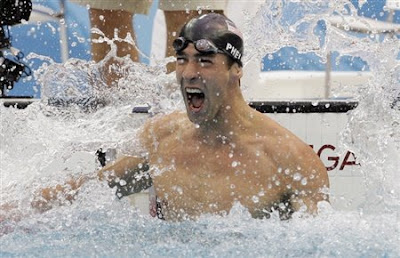 I loved his reaction after the butterfly it was the same reaction I had. Okay maybe his was much better. 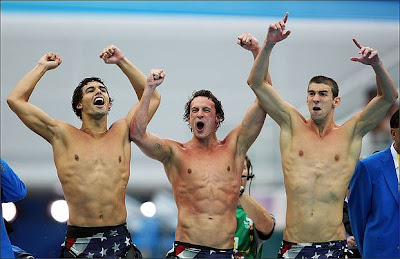 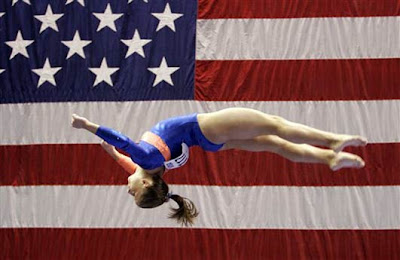 Doug cheered just as hard as I did, if not more, for Shawn Johnson to get a Gold. 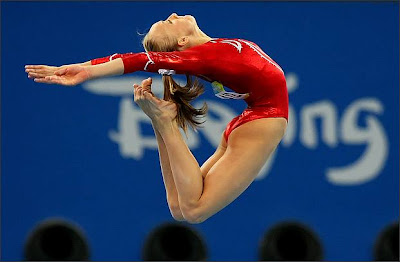 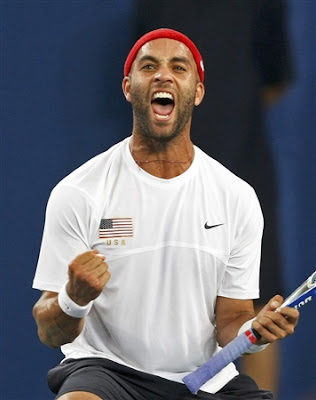 This was so awesome James Blake beat Roger Federer in the Quarter Finals.

Track and Field
Of course my favorite Pole Vault! 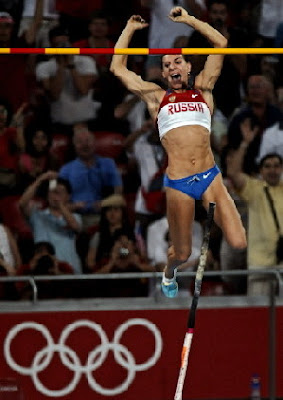 Yelena Isinbayeva broke her world record with a jump of 16 6 3/4. All I can say is Incredible! 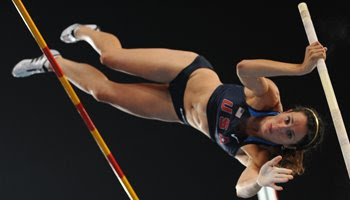 Jenn Stuczynski the American record holder took home the silver. She has only been jumping for four years, That is Awesome! 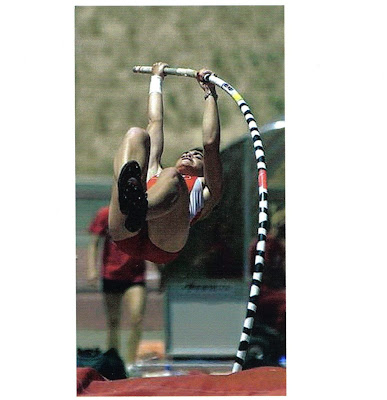 Who knows maybe if I had jumped another two years I would have been there too. Just kidding I wish! 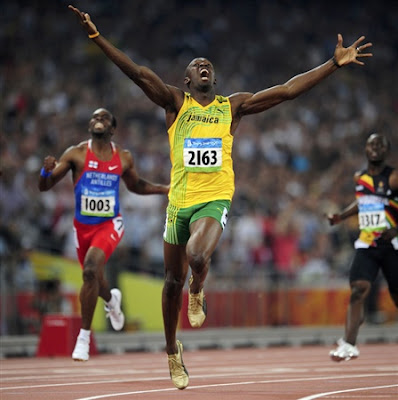 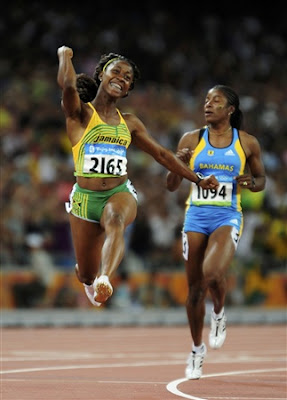 The Sprints were exciting to watch. The Jamaicans sure were the Sprint powerhouses this year though. 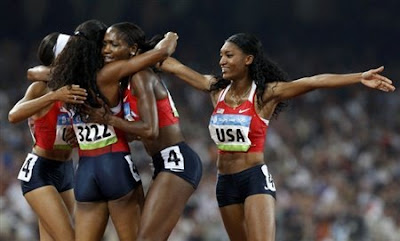 It was nice to see that the USA could run the 4X400m. relays without dropping the batons. I wish they could have in the 4X100m. relays. 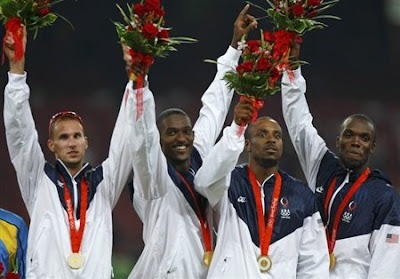 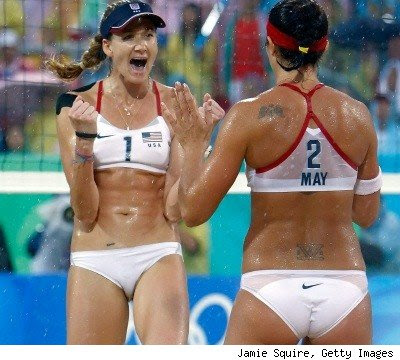 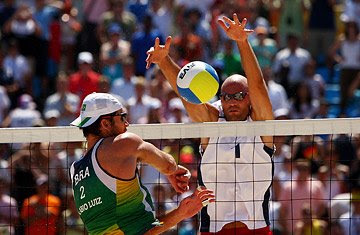 Dalhausser has a sick vertical. 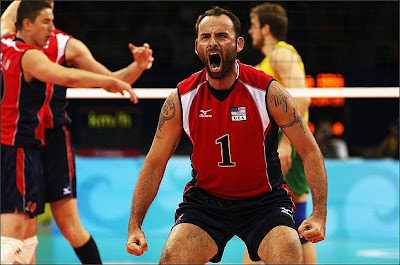 This victory was so sweet especially with what had happened with Coach McCutcheon's in-laws. 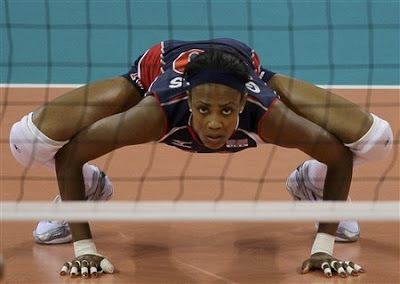 I liked this picture of Glass. She looks like a spider.
Basketball 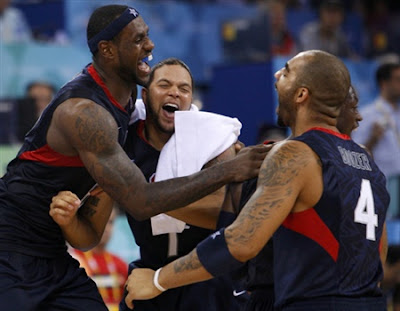 The Redeem Team did redeem themselves with a Gold! It was enjoyable to watch how different they were this year in supporting the other US atheletes in their sports. I love this shot with Williams and Boozer. 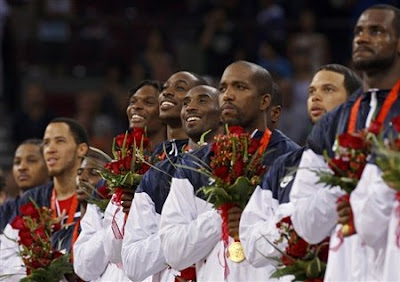 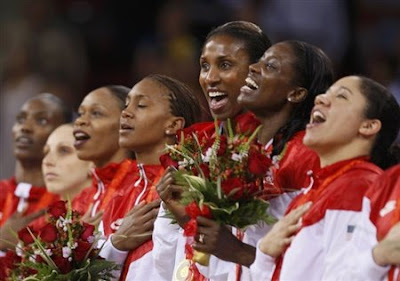 What an Olympics! Can't wait for the next ones in Vancouver and London.

I already miss them!