Friday night we went up to Salt Lake City because my cousin Nicole Spence was having a reception party, for her graduating from Medical School. We decided to take Trax up so we didn't have to find somewhere to park. Braxton loved riding "the train". We also saw the lights on Temple Square. It was really cold, but it was also beautiful. We had fun at the reception catching up with relatives.
We had "fun" trying to get home, One of the Trax trains had derailed and so we had to stop at 7800 S. and take a buses to the next trax station. There were a lot of people trying to get on buses and it was cold waiting for the buses. When we got to the next Trax station we were able to get back on Trax and take the rest of the way to 10600 S. It was around 11:30 at night and the babies were tired. It was quite an adventure. 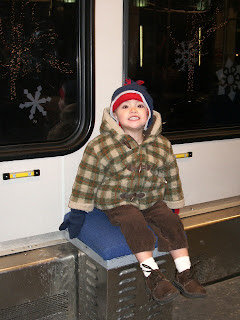 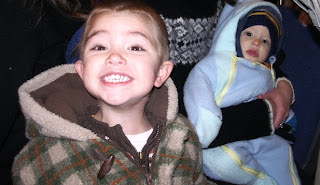 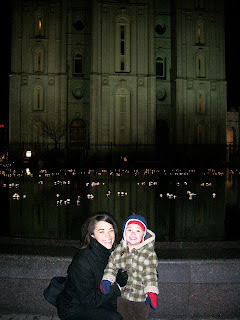 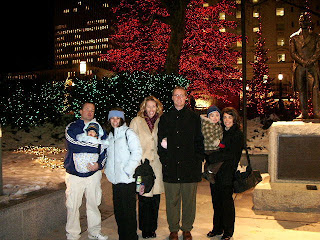 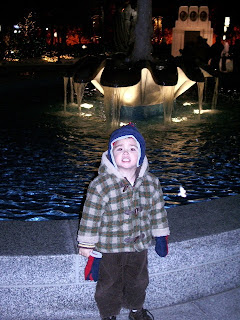 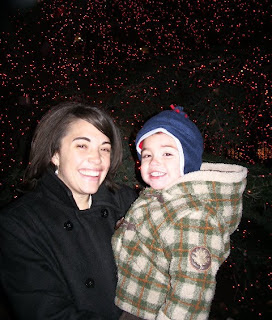 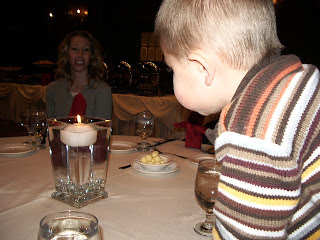 Braxton kept wanting to blow out the candle on the table. He eventually did blow it out. 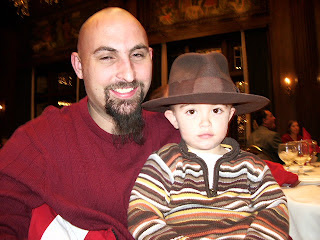 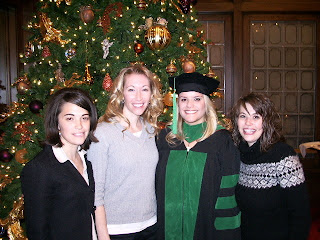 In my head I can hear Braxton saying "Cheese!" in those pictures!