We went to the downtown tree lighting and to see Santa Claus come into town. Braxton got to see Santa at the City Park where they light the tree, but you could also sit on his lap at the library. So after he saw him at the Park we head to the library so he could sit on his lap, but the line was so long we told him he got to talk to Santa already. Braxton was a little upset and didn't want to go. As we were walking to the car Santa was walking to the library and he stopped and talked to Braxton and sat him on his knee and asked him what he wanted. He was lucky or should I say mom was lucky, he got some personal time with Santa and didn't even have to wait in line, Perfect timing. 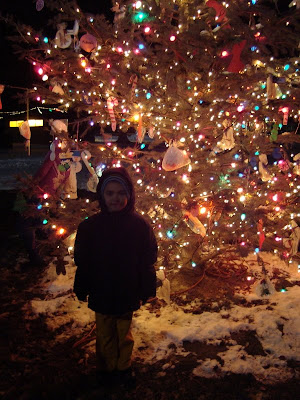 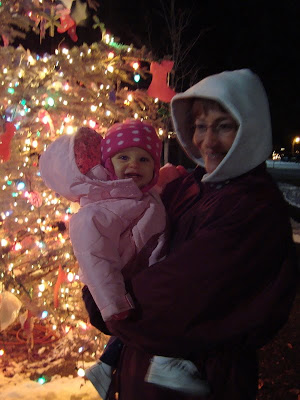 Bailey was all smiles. 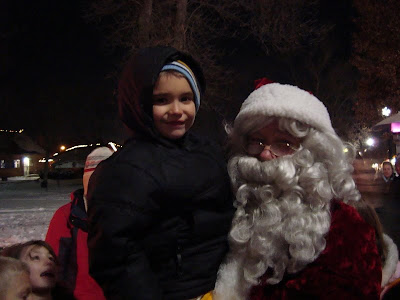 Braxton with Santa at the Park 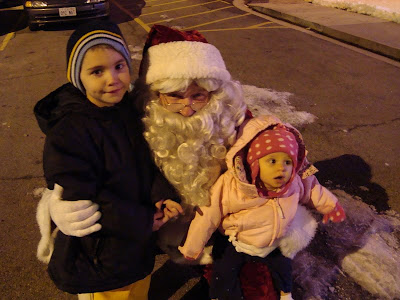 Braxton and Bailey with Santa. 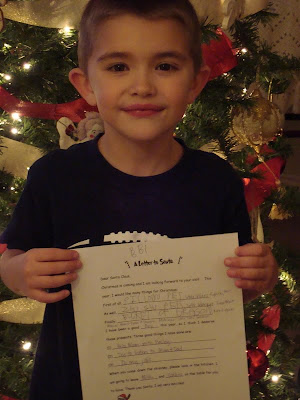 How cool! I love the pics! Makes me feel ready for Christmas!

How fun! Miss Bailey is always so smiley and happy. So sweet! I love her little snow outfit, darling!